There’s such a wide selection of different puzzle games to choose from that knowing which ones are right for you can be tough.

So, we”re going to break down the best puzzle games for both iOS and Android, and also look at who the game will really appeal to – whether it’s targeted at adults, teenagers, number nerds or grammar geeks. 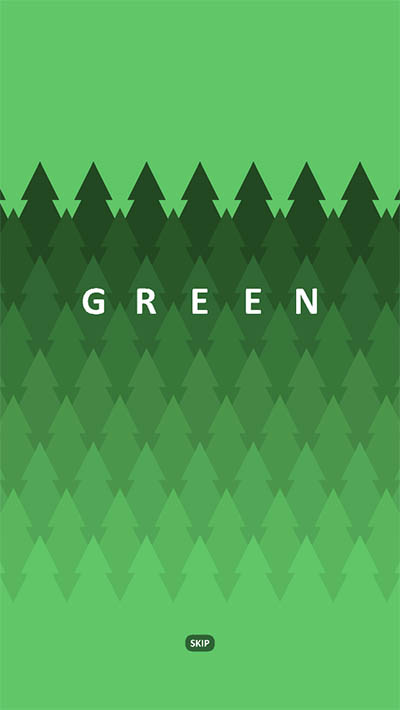 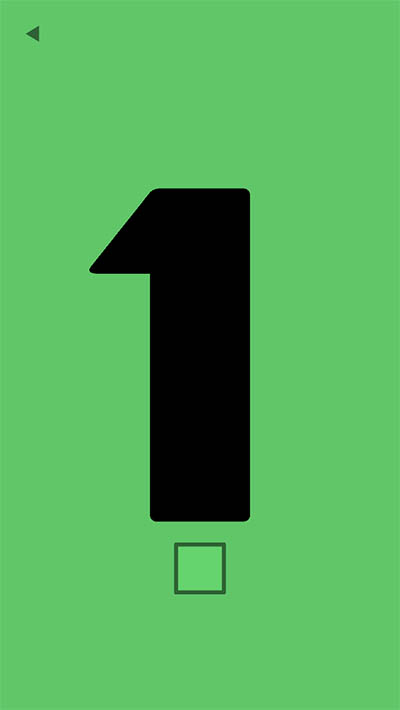 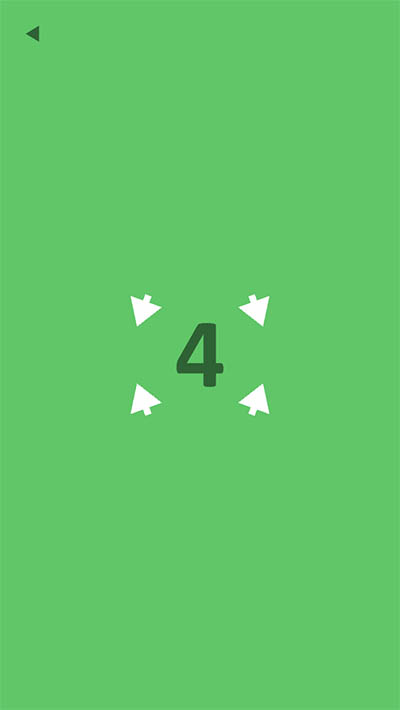 If you like games that make you want to lose the will to live, then Green will probably be of interest. The beauty of a game like Green is that it’s tapping mechanism is so simple, yet the logic behind the puzzles can actually be pretty tricky.

It’s the perfect blend between difficulty and satisfaction for completing the puzzle, and this is where many games seem to miss the target. There are 50 levels in green, and as often the case with puzzle games, they get progressively more difficult as the game goes on.

The game does offer the ability for you to get a hint, which could be enough to help you solve a puzzle – you do need to watch an ad to reveal this on the free version though, so it could be worth upgrading if you want to play through the game seamlessly.

Once you’ve completed Green, you also have the option to play its sister color games made by the same developer – so far there are Black, Blue, Yellow, Red and Pink – there’s no telling where this will stop in the future, as they’re definitely amongst the best puzzle games you can play on your mobile phone. 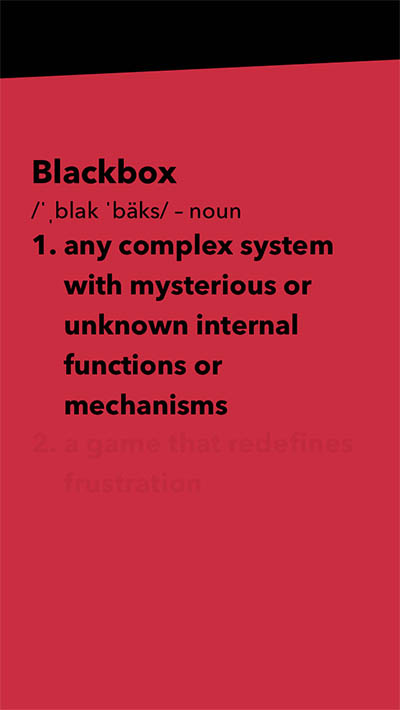 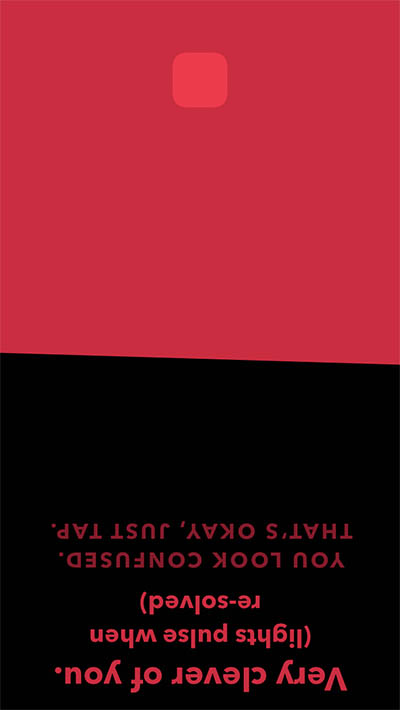 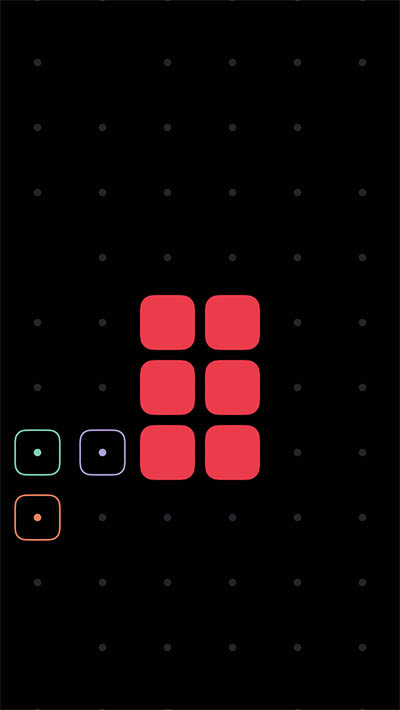 Continuing in a similar vein as Green, Blackbox is another puzzle game that will likely have you tearing your hair out at times. It’s difficult, but older children and teenagers will still be able to play too if they have the patience.

The game is what I’d define as quite unique – it’s not just a tap or drag game, there’s a lot more to it than that. Solutions to puzzles are quite innovative and can involve tilting and balancing your device, or even using your phone’s speaker to complete a level too.

It’s less of a game and more of a constant puzzle, and though the resolution to each level is actually simple to apply, it can take minutes or even potentially hours for certain levels later down the line. It’s definitely one of the best puzzle games you can find, and it’s pretty obvious why the app ended up winning an Apple Design Award. 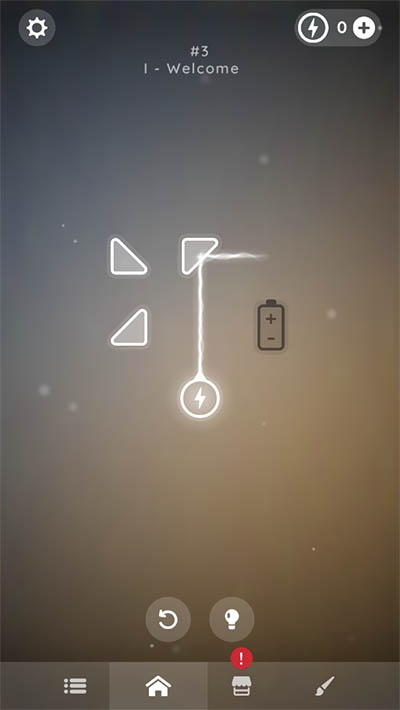 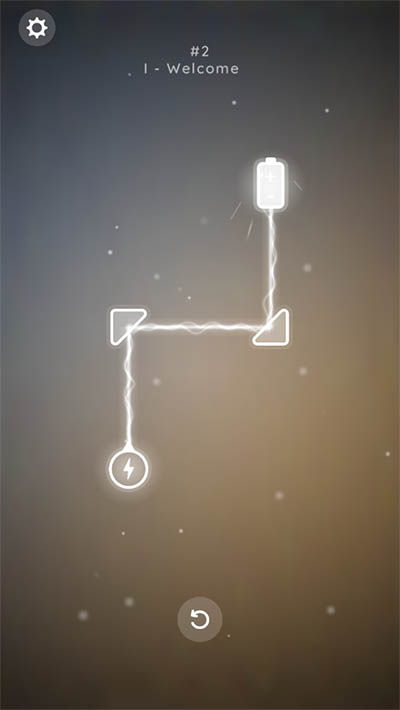 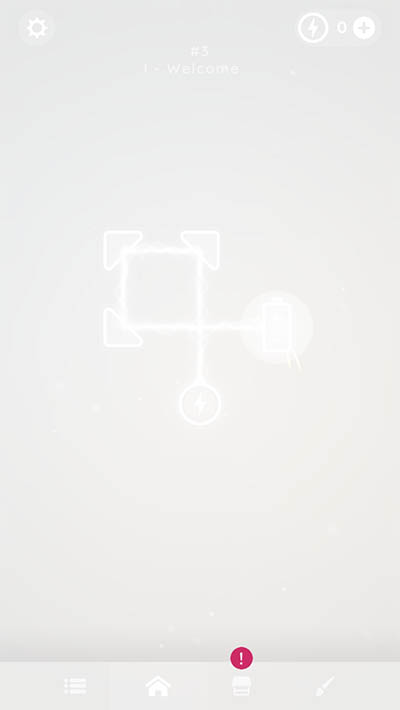 When I’m tired of playing a game that requires too much brain effort to complete, I like to switch to Laser Overload. It’s not the easiest game, but many of the levels feel do-able, and just require a little time and thought to complete them. It’s definitely on the high end when it comes to getting satisfaction for completing a level too.

It requires you to rotate the small triangles to redirect the laser from source all the way through to the battery which needs charging. The later the game gets the more difficult it becomes, with the need to pass through stars – though it isn’t really until you get to the later levels that you may have difficult with it.

This is not the first game made by Tap Anywhere, and most of their games follow a similar style of puzzle. However this version of Laser Overload is the best of the bunch, and it makes for solid game that allows you to relax whilst playing (not frustrated and wanting to break stuff). 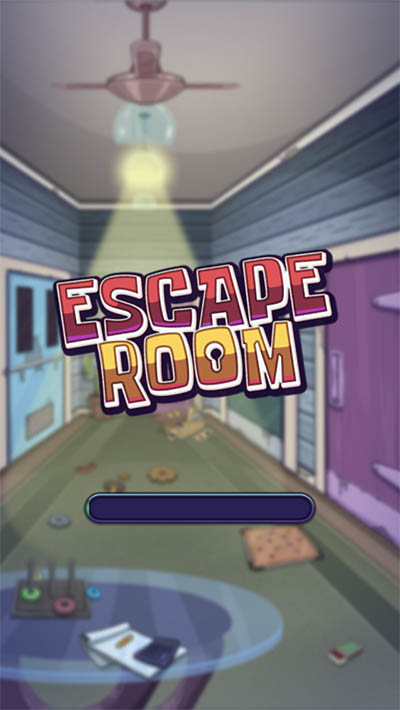 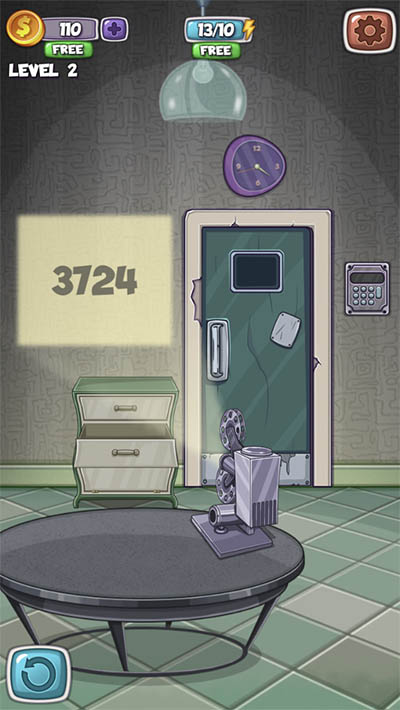 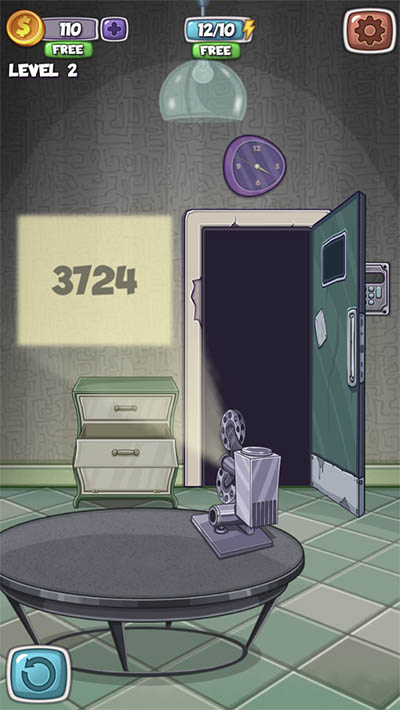 There are a whole host of different escape room games that you can play on your phone. One that has become pretty popular is this Fun Escape Room (made by Webelix).

The Escape Room format is fairly straightforward when it comes to mobile gaming – tap or drag certain areas of the display to solve the puzzle, which then unlocks the room.

There are a couple of downsides to this app – if you want to pick up extra coins then you’ll be sitting through a whole host of ads, and there’s no premium version for those that want to skip them altogether.

It’s also a relatively easy game too, and the difficulty doesn’t get much harder throughout the puzzles. So although I’d recommend that you try it out, it’s probably most suited to kids and teenagers as opposed to adults looking for something tough to tackle. 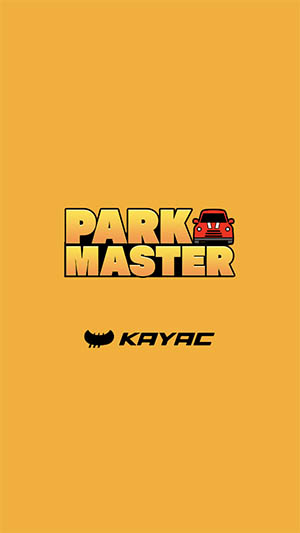 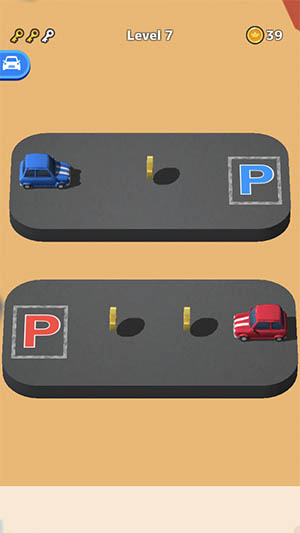 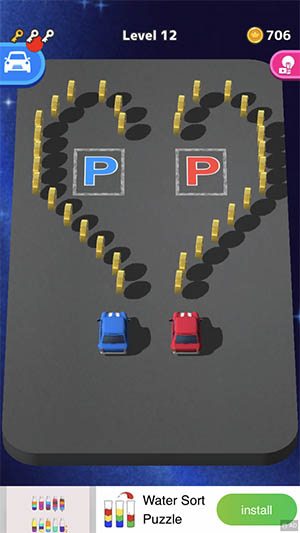 Park Master starts out relatively straight forward and easy, but by the 20th level, it begins to pick up in terms of difficulty. Not a traditional puzzle game, the objective is to get the cars from A to B without them colliding with one another.

The further you get into the game, the more coins there are to be collected and obstacles there are to avoid. You can also collect keys along the way too, which when collected allow you to unlock things as you progress. With hundreds of levels to go through, don’t be deceived by the simple start – you’ll begin to tear your hair out come the later levels! 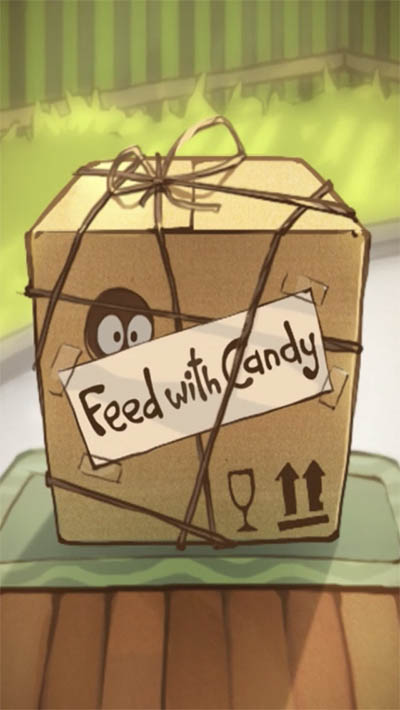 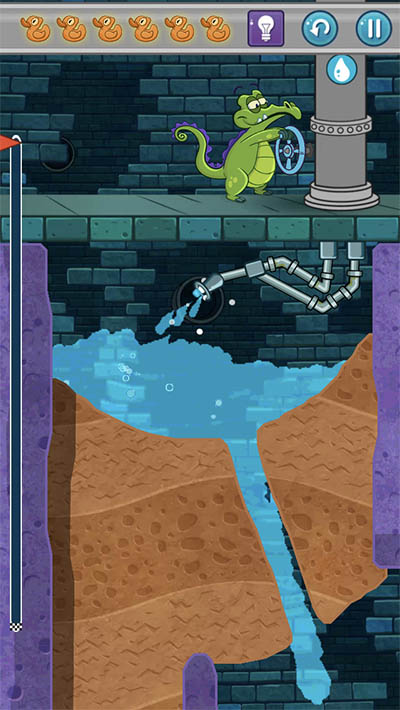 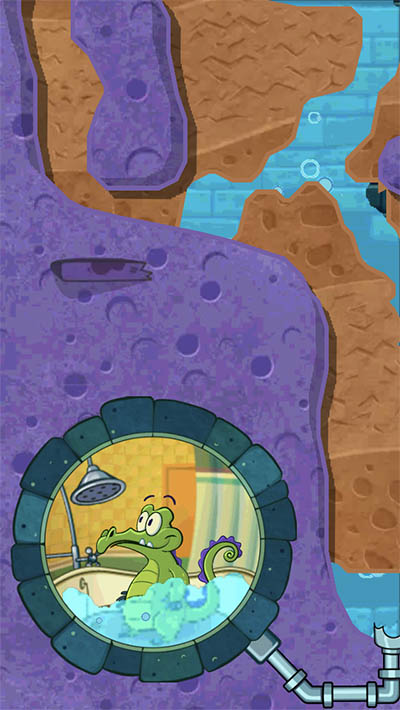 If you’re searching for something a little simpler to play, then Where’s My Water my suit – it’s targeted at children and kids as young as 4 or 5 maybe be able to play the game. This gives us a good idea of how difficult the game is, so bear in mind that as an adult, this game is on the simpler end.

There is a time limit whilst you’re progressing through the level and the camera pans down, but it’s relatively slow which makes the game fairly easy. Though it may not keep your attention for long, it could still be worth downloading. 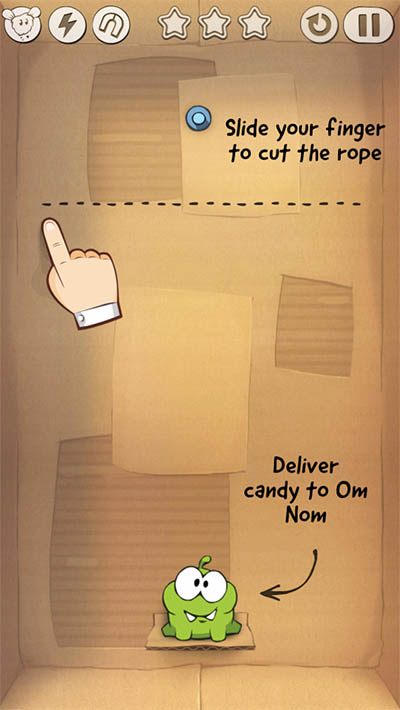 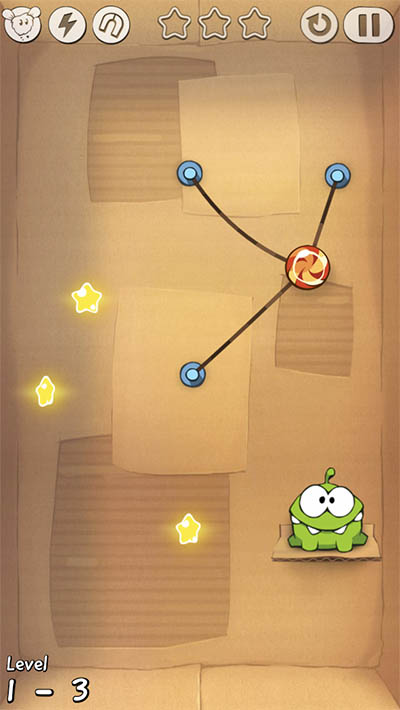 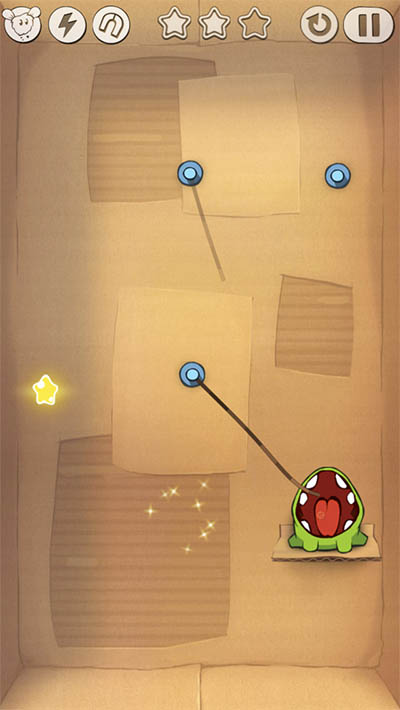 Om Nom has since branched out into a variety of different games, and developers Zeptolab have a dozen other games featuring their favorite character. However, Cut the Rope is still the best of the bunch.

All you need to do is get the food to Om Nom, and if you can collect the stars along the way then even better. To do this, you literally “cut the rope” to drop the food attached into the mouth of the title character.

It’s pretty expensive to play the game without ads, and they can be pretty frequent. If you are an iPhone user that hates ads then you may be better off looking at the Apple Arcade subscription instead, as you’ll get a much larger variety of games to play instead. 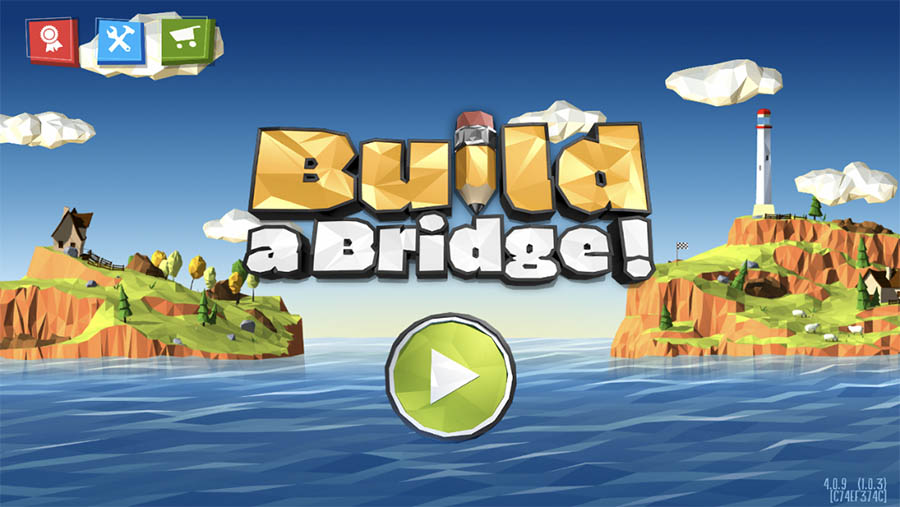 Building games have been all the rage for years now – from Super Mario Maker on Switch to Minecraft on most devices, people love building stuff. Build a Bridge fits into this bracket too, and though the game starts out as quite straightforward, it does get a bit more complex quite quickly. 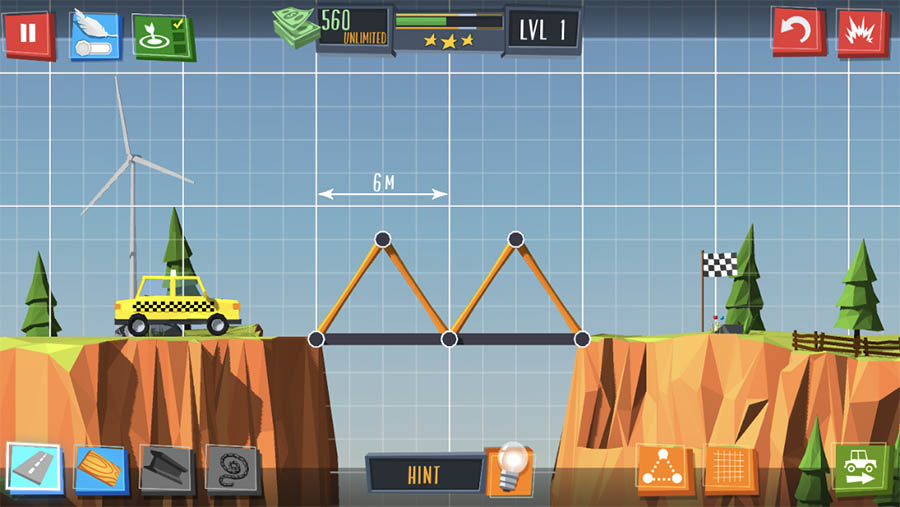 The basic premise of the game is straightforward – complete the bridge so the vehicle can make its way across. The addition of a budget does make this more difficult, as you have to become more resourceful with the elements you use – instead of just adding new bridge parts in, you need to adjust what is already there. 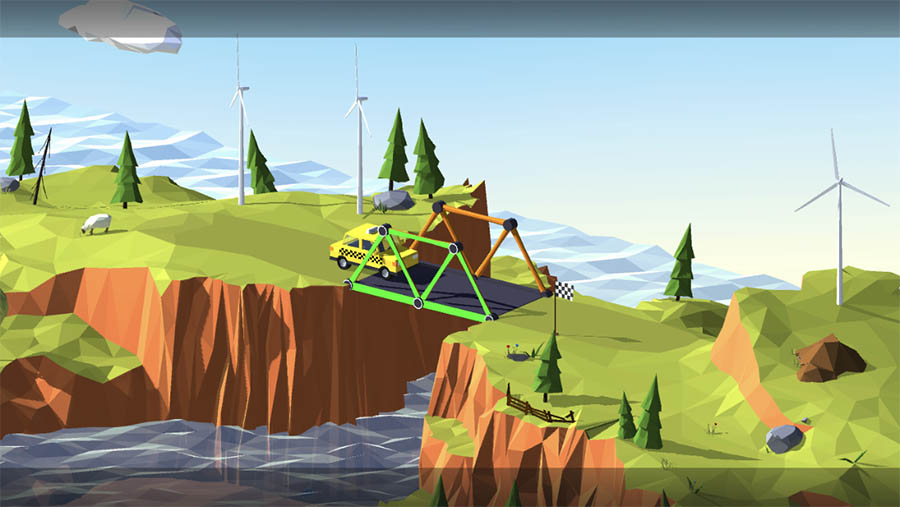 Once you’ve completed the full structure of the bridge, you just have to click play to let the vehicle cross the bridge. Yes, it’s a pretty basic game, but it’s worth checking out if building games are your thing.

Puzzle games can be more than just fun – they’re great for learning & keeping your brain active too.

Because of the range of different puzzle games out there, you can usually find something aligned to your ability too – whether you’re looking for something for the kids to play, or you want an impossible puzzle to drive you to your wit’s end, there’s probably a puzzle game out there that’s made for you.